In 2005, concerns over no wind industry specific Safe System of Work or non-uniform methods of working on electrical (up to and including 1000V AC and 1500 V AC) and mechanical systems on Wind Turbine Generators (WTGs) prompted the larger organisations (WTG OEMs, owners) to initiate a solution to the problem.

RenewableUK formed the Operational Safety Rules Group (OSRG) from key players in the wind industry to formulate a set of safety rules to manage the aforementioned risks and form best industry practice. The 1st edition of the WTSR were drafted and released in 2005.

The latest, 4th edition, of the rules were released in June 2021. The changes made in the latest edition reflect issues that have been collated over the last few years by the OSRG, as well as the changes that provide a more global acceptance of the WTSR without diminishing their status as the preferred Safe System of Work in the Wind Industry in the Europe. The changes show an evolution of the WTSR but remain consistent in ensuring Safety from The System and ultimately help companies to create a Safe System of Work.

The current Chairperson of the OSRG is Aamir Shahzad (Vestas), and the Vice-Chairperson is Rosie Beevor (Deutsche Windtechnik Ltd.).

Over the last a couple of years the OSRG, with the support of the SafetyOn and G+ WTSR Steering Committee, worked on several topics which resulted in the following (including but not limited to):

Over the coming years the OSRG will continue to work on forward-looking goals in the management of Electrical and Mechanical safety built on the following three pillars: 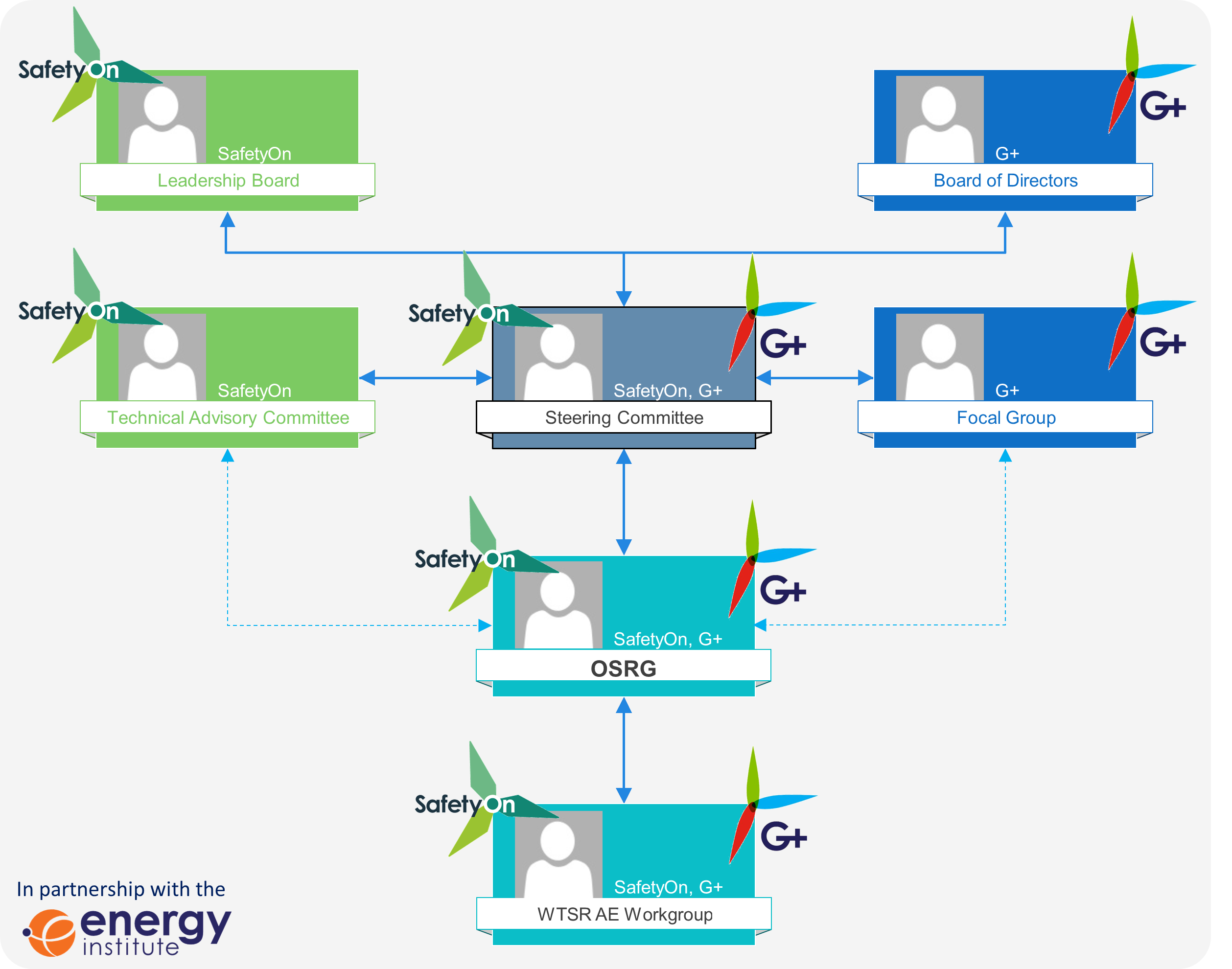